Neuroprotection of the Cembranoid 4R Compound Against Stroke 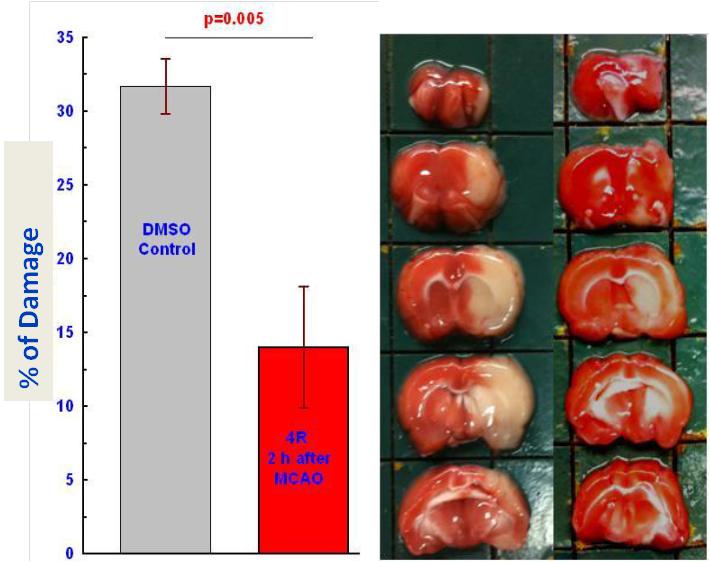 During the first few hours after ischemic stroke, neurons can be rescued by administering anti-apoptotic drugs. This represents an important therapeutic opportunity and thus there is a compelling need to develop novel, clinically effective drugs to target these processes. In searching for novel pharmacological agents for the treatment of stroke, Drs. Martins and Ferchmin discovered a cembranoid compound 4R and demonstrated its neuroprotective effect in vitro. Recently, these findings were extended with the demonstration that 4R also can function as an effective neuroprotective agent in vivo. The present project builds on these exciting findings and expands our work on the mechanism of action of this drug, which represents a new class of compounds with neuroprotective effect against ischemia. The project tests the hypothesis that the neuroprotective effect of 4R involves Akt, a well known anti-apoptotic and anti-inflammatory protein. Specifically, we hypothesize that 4R promotes neuroprotection by activating Akt, which leads to an inhibition of apoptosis, and suppresses inflammation by inhibiting cytokine release.